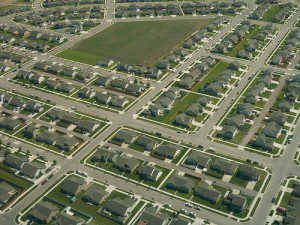 Virginia Heffernan’s piece in the New York Times Magazine over the weekend tries to make the case that the Web is chaotic and dangerous, and therefore those who can afford the iPhone/iPad will increasingly be segregating themselves to a clean and happy non-Web future, one sanitized by Apple (thanks to the App Store, where everything is pre-approved for you). Essentially Apple users are living in the “Applecrest Estates” suburbs away from the riff-raff. And those who don’t want or can’t afford the iPhone/iPad will be staying in the “inner city” of an increasingly lawless Web.

While this may make for good copy, I don’t think this is really the direction that technology is going. Instead I propose that iPhone/iPad users are generally very in touch with tech, and want to keep up with all the newest developments. And those new developments generally appear first on the Web, not on the App Store. Additionally, the reports show that web usage from mobile devices (including the iPhone and iPad) is way up, and growing steadily. So iPhone/iPad users are downloading apps, yes, but they are also doing lots and lots of Web surfing. So iPhone and iPad users are not running away from the web; quite the contrary.

Instead of Heffernan’s argument of the organized App Store versus the chaotic Web, I would propose a different dichotomy: the Mac versus Windows. Right now the easiest way to avoid the problems caused by viruses, Trojans, and other assorted malware is to be on a Mac. Lots of our clients have switched over for that reason. So will the future be divided between those who can afford the Mac to avoid malware headaches, and those who stick with the PC and its attendant virus issues because they can’t afford the cost of the Mac?

And at some point will the growing use of the Mac mean that we will see as much malware on that platform as on Windows? If that day does come, perhaps there will be a new invention to allow the rich tech users to truly separate themselves from the rest of us living in the tech ghetto.