Hello everyone! This is it! The last IvanExpert newsletter of 2020!

I wanted to close things out with some first impressions of the new Apple silicon (M1) MacBook Air, and mention Apple’s new luxury product, the AirPods Max headphones.

But, before I get there, I just wanted to share how much it’s meant to us to be able to work with you this year. Of course, we very much appreciate you supporting our business as we’ve adjusted to working remotely. But, more than that, I can also say that I’m grateful to be able to remain connected to you in this trying, distant time. We’ll all need to continue supporting one another for months to come, and Caroline, Naomi and I are honored to have the relationships with you that we do. 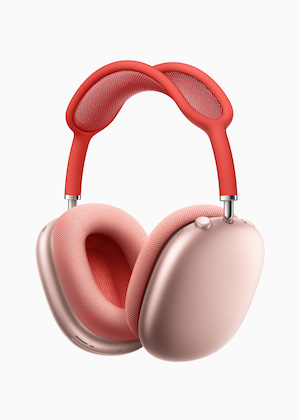 Ok, on to business. First off, Apple has introduced AirPods Max, which are wireless, over-ear, over-head headphones (and thus nothing like AirPods), at an astonishing $549 price. I haven’t tried them, but to summarize the reviews I’ve read:

If you buy a pair, let us know how you like them! 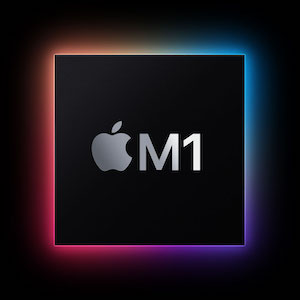 Next: I’ve had a chance to play with the new Apple silicon MacBook Air, which uses the company’s new M1 processor. I am very impressed. These are really great computers — the best that Apple has released in several years.

To recap last month’s newsletter, Apple has begun a major two-year product transition in which their Mac computers are powered by processors of their own making, like iPhones and iPads are, rather than processors made by Intel. There are many reasons for this, not least of which is that Apple likes to control its own destiny. But the most important reason is that the company felt Intel was holding them back, and that they could get superior performance and battery life if they rolled their own.

Last month, Apple updated three of their most affordable products: the MacBook Air, the two-port 13″ MacBook Pro, and the entry level Mac mini. (Other Mac models haven’t changed, so they still have Intel processors.) I wanted to see whether the new machines lived up to Apple’s hype, and whether or not it makes sense to still use an Intel Mac until more non-Apple software is tuned to use Apple’s new technology, since there are potential performance and compatibility penalties when running Intel software on Apple silicon.

I tried out the cheapest MacBook Air, at $999 for 8 GB of memory and 256 GB of storage. At first, I was unimpressed, because the machine is externally similar to the model they’ve been selling since 2018, which itself is not much different than the two-port 13″ MacBook Pro they’ve been selling since 2016. There are no new hardware bells and whistles at all. (Though the keyboard is a delight if you’ve been banging away on the loud, hard, fragile “butterfly” keyboard found on most Mac laptops introduced between 2015 and 2019.)

But once I started to use the new MacBook Air, I started to love it. Once I got through the initial setup, I found everything on this computer to be buttery smooth. Apps and web pages just open. I hardly saw a pinwheel. Nothing felt like it was fighting me; everything got out of my way so I could do what I wanted. When I open the lid, it’s awake instantaneously, like an iPad or iPhone, waiting for me. The battery lasts and lasts, so much so that it could change my charging habits. And the MacBook Air is perfectly silent, because it has no fan. (The new MacBook Pro and Mac mini, however, do have a fan, which allows them to perform better during sustained, intense workloads.)

One of the areas I was most skeptical about was how well non-Apple applications that had not yet been updated for Apple silicon would perform. And, to my surprise, I’d say at least as well as they do on my maxed-out 2016 13″ four-port MacBook Pro. Sure, responsiveness wasn’t as good as it will be when those software titles are retooled, but it’s already more than good enough. I’m not sure Intel software actually performed any worse on Apple silicon than it would on a new Intel based Mac, though I did not try using intensive professional applications such as Photoshop or AutoCAD.

And, on software that is already fully ready for Apple silicon? Well, I had an iMovie project that took about 20 minutes to export using my MacBook Pro, with both fans whirring furiously. On the fanless Apple silicon MacBook Air? Three minutes! I practically fell off my chair.

I was pleased to see the high quality of the first generation of this new Mac architecture; the historical precedents for transition machines, such as the first Intel MacBook in 2006, didn’t augur well. But even more impressive is that we’re talking about the lowest-end Apple laptop, in its minimal configuration. Prior to this new era of Macs, I’d generally steer prospective buyers towards the four-port MacBook Pro, because while I considered the Intel-based MacBook Air to be adequate and functional, it was only that.

I had assumed that with the introduction of Apple silicon Macs, the conservative move, if buying a machine for the next 2-4 years, would be to buy an Intel Mac. But, after reading reviews, and using the new MacBook Air, I have completely re-evaluated that guidance. Right now, the cheap machines are better than the expensive ones, and once the whole product line is transitioned, the entry products will be good enough for everyone but specialists. With these new Macs, I think Apple has executed a difficult transition extraordinarily well. It’s a very exciting new day for the Mac!

Here’s what I would say if you’re contemplating a purchase:

– If you want or need a new Mac laptop (or Mac mini) now, and you’re ok with two USB-C ports on one side of the computer (you can use a hub to add more), and you aren’t dependent on large professional applications that have to run absolutely perfectly, and you don’t need to run Microsoft Windows software, then I wouldn’t hesitate to buy the new MacBook Air, or two-port 13″ MacBook Pro, or Mac mini. Just make sure that you get more storage than you think you need. I also recommend 16 GB of memory (some are actually questioning if that’s truly necessary, but I think it’s a relatively inexpensive way of ensuring maximum performance over the computer’s lifespan).

– If the above description doesn’t fit you, then, if at all possible, wait 6-12 months and reassess. More and more non-Apple software titles are being optimized for Apple silicon every day, and I expect major products such as Microsoft Office and Adobe Creative Cloud to be ready soon. Also, over the next year, I’d expect Apple to introduce Apple silicon versions of their higher-end laptops, and their desktop iMacs. And if you’re not in a rush, I think we’ll start to see some hardware innovations and new designs from Apple over the next 12-36 months.

– If you need a new Mac right now, and you need absolute maximum compatibility with existing software, or you need to run Microsoft Windows software, then get an Intel Mac while you still can. If you need it, you need it! Just buy with the expectation that you may well want or need to replace that machine in the next 3-5 years, because Apple is going to forget that Intel based Macs ever existed just as soon as they think they are able to.