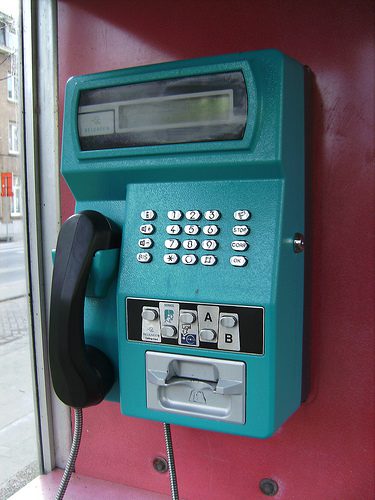 I upgraded my iPhone to iOS 5 yesterday. While it doesn’t create any substantial changes in the way the phone is used, there are lots of details which have been refined.

– Notification center: You now swipe down from the top of the screen for a concise overview of whatever apps you’ve designated as wanting notifications from.

– Dragging and tap-and-hold: In reaction, I think, to the input methods of Windows Mobile and Palm OS, which were the dominant touchscreen platforms when iPhone was initially released, Apple went for simple, simple, simple, and did not introduce any method of input other than “tap” (with the exception of rearranging icons, which lets you drag). However, this is very limiting, as it only lets you do one single thing with your finger. Recognizing this, Apple has gradually been permitting more complex (and expressive) ways of input. If you tap-and-hold on a link in Safari, you get various buttons to choose from choices,which is effectively the same thing as the contextual (“right-click”) menu that you get when tapping-and-holding in Windows Mobile. In iOS 5, you can now tap-and-drag an address in a message you’re composing between the To and CC lines. Small progress, but in the right direction.

– Quick camera: Long overdue (like much in iOS 5), but you can now quickly get to the camera when the phone is asleep by double tapping the home button and then clicking the camera icon which appears (why this doesn’t appear when you tap only once, I can’t say). Then, pressing the down-volume button takes a picture.

– iMessage: Also long overdue, iPhone users can “iMessage” with each other — it’s iPhone to iPhone, rather than being an SMS (text) message which can incur costs. Longer iMessages also don’t need to be broken up, and you can see confirmation that your was delievered to the receiving phone. There is also an opt-in option to show a sender that you’ve read his or her message. Rather than being in a separate app, iMessages happen automatically within the messages app — they appear in blue, rather than green — and SMS messages are sent otherwise.

– Reminders: Apple has finally put To-Do’s on the iPhone. (What was that, like, the first feature on the first Palm Pilot? Or Newton?) I haven’t yet played with them, but it should be noted that they will sync with Tasks on an Exchange server.

Photo of a Belgian phone booth by vitalyzator courtesy of Flickr Creative Commons.