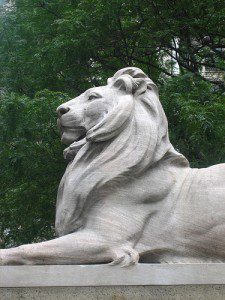 Yes, Mac OS X Lion came out last week. Lots of reviews online. Here are my favorite quotes from a handful of those reviews.

“…Switching to Lion will require a major adjustment even for veteran Mac users, though it will be easier for those who use iPhones or iPads. Lion will significantly increase the learning curve for Windows users switching to the Mac.”

“…Gives the Mac a much more modern look and feel for a world of tablets and smartphones. If you are willing to adjust, it’s the best computer operating system out there.”

“If the Lion upgrade is about any one thing, it’s about the iPad.”

“… Apple is syncing the behavior between the iOS and the Mac. Is it really necessary for the two platforms to be in sync? Right now, I’d say no. But it does make me wonder whether Apple is laying the groundwork for more crossover between the two operating systems.”

“Lion is a shock to the system. It’s a radical revision, motivated in part by the vast influx of new Mac users coming to the platform from iOS, that makes the Mac a friendlier computer.”

“…On the whole, you come away from the Lion experience thinking that you’re looking at Apple’s plan for the next five years. There’s little that’s truly revolutionary about Lion, but I can’t help but lick my chops and wonder what the next few years hold in store for Mac users.”

“Of course you should upgrade to Lion. It’s the ultimate no-brainer.”

And my favorite Lion quote, also from Andy Ihnatko in his Sun-Times review:

“Quicken users, let me break two things to you gently: the father whom you haven’t seen since he “just went out for a pack of smokes” when you were 7-years-old is never coming back, and Quicken will never, ever be updated for Intel. It’s time to use something else to manage your finances. The last thing you do before installing Lion is export all of your Quicken data because that’s also the last time you’ll ever be able to use the app.”

Image of the lion at the New York Public Library by luisvilla from Flickr Creative Commons.