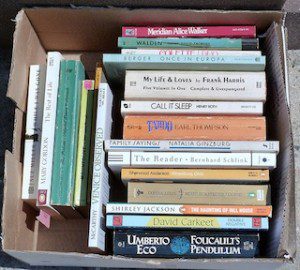 Pete Cashmore of Mashable wrote a column on CNN.com about why Apple is winning and publishers are losing. Apple just announced that it will take 30% of all subscriptions and purchase fees made through the iPhone/iPad. That 30% cut includes sales of all newspapers, magazines, and books purchased through the App Store.

Cashmore sees this as the end of publisher control, writing “The balance of power has permanently, irreversibly shifted from the media companies to the tech firms.”

As my background is in publishing–specifically in book sales and marketing–I’m going to weigh in on this “publisher versus tech companies” issue.

The hue and cry of “Publishing is dead” isn’t new–people in the business have been saying it for years. So just as publishers have been limping along for decades now, they will continue to struggle and yet survive. Publishing has never been a moneymaking venture; many venerable old publishing houses were founded because it was considered a gentlemanly pursuit for young men of means.

There have also always been issues with discounts and distribution. Distributors have always pushed for bigger and bigger discounts. This culminated most notably in a 1994 lawsuit by the American Booksellers Association and a consortium of independent bookstores against a few major US book publishers, claiming that the publishers had violated the Robinson-Patman Act by offering special discounts only to national chains and price clubs, and not to indie bookstores.

So it’s a little early to sound a death knell.

However, the publishing world does definitely need to figure out how to transform itself into a business for this century, not one with a business model that is mired in the past. Even if book publishers could do something as simple as providing all their ebooks straight to Apple, bypassing Barnes & Noble and Amazon, they would be giving up a much smaller cut than they usually do (30% to Apple vs upwards of 50% to B&N and Amazon). The actual printing of books is expensive (paper costs a lot, and it’s heavy to ship too), and publishers’ liberal store return policies also cost them a lot in revenue (did you know that bookstores can return unsold books to the publisher for full credit, for up to a year from pub date), so the digital ebook could provide a welcome solution to both of those problems as well.

If publishers can market, distribute, and sell their books in ways that take advantage of the current technology, instead of trying to work within their historical comfort zone, they could potentially stick around for awhile longer. Yes, it requires a complete rethink and overhaul of the business. Netflix did it for movie rental; the publishing industry can do it too.

Shorter E-Books for the iPad and Kindle?

iBooks app versus Kindle app on the iPad