Apple has been busy! We’re here to bring you the latest of what Cupertino’s been up to.

First off, our guidance on OS updates. macOS Catalina appears to be reliable at this point. If you’re still on Mojave, and you want to update, it’s very likely safe to do so. However, as always, we’d highly recommend that you make sure you have a Time Machine or Carbon Copy Cloner backup before you do it. Also, if you are still using Microsoft Word 2011, or other older software, be prepared to have to pay for an upgrade to a new version, because Catalina will not work with older software. Ask us if you have questions!

iOS 14 has also hit the streets, and while I would usually say that it’s good to wait, especially after the debacle that was the early releases of iOS 13, iOS 14 does appear to be pretty solid, and I have not been reading about widespread problems with it. So, if you’re conservative about these things, you could hold off; if you want to go ahead, it seems ok. 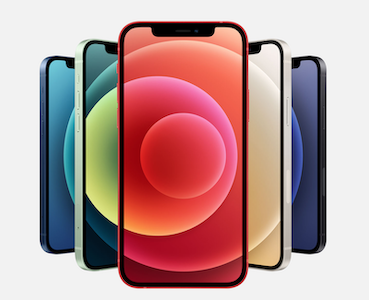 Apple introduced their new iPhone 12 lineup, which consists of four new models. Plus they’re keeping three other models around, for the sake of hitting every conceivable price point. Let’s go over it.

All of the iPhone 12’s feature a new design which is reminiscent of the iPhone 4/5/SE, with straight, sharp sides. All models are 5G capable, which will matter when 5G cellular networks become more widespread, allowing for very fast data speeds — potentially faster than your home ISP. The new models also feature a new ceramic glass treatment that Apple claims makes it four times less likely to crack if dropped, which I’m all for, because I drop my phone all the time. (My Tech21 EVO Check case has done amazing work keeping it intact.)

iPhone 12 models have a new magnetic connector on the back, which can be used for charging, snap-on credit card wallets, and other accessories. All models feature ultra-high-contrast, ultra-high-resolution OLED screens. Apple presents a very heavy emphasis on the photo and video capabilities of these phones, adding new enhancements for low-light photography, autofocus, and more.

Unlike the iPhones that precede it, iPhone 12 models come without headphones and without a wall power adapter. You get an iPhone and a cable, and that is all. This is ostensibly in the name of reducing carbon emissions, by eliminating both potentially unused components and box size, but, since the price of the phone remains the same as with previous models, I suppose you, the consumer, should be the one giving yourself a pat on the back, since you’re the one bearing the cost. If you have an iPhone wall charger from a previous model, it will work fine; otherwise you’ll need to use your computer, or buy a wall charger from Apple or another vendor. Note that the wall charger from an iPhone 11 series (with a USB-C connector) will charge an iPhone 12 faster than the wall charger from other models (with a typical USB connector).

The specific new models are thus:

What’s missing here, from my view, is a medium-sized phone that you can use effectively with one hand and that fits easily in a pocket, like the 5.8″ iPhone X, XS, or 11 Pro. You’re either going to have to go up in size to the 12 Pro, or down in size to the 12 mini (and lose the zoom lens and other camera capabilities). That’s going to be a tough call for me, so to speak.

The iPhone 12 and 12 Pro models are available for pre-sale this Friday, October 16, while the 12 mini and 12 Pro Max models follow on November 6.

Apple is advertising significant introduction price savings to existing AT&T and Verizon customers for all iPhone 12 models; your carrier may be offering their own deals as well. I haven’t looked closely at these, but they seem to involve paying over 24 months, taking the savings as statement credits, and trading in an old phone.

While we’re at it, we might as well review the phones Apple is keeping in the lineup:

So, should you get an iPhone 12 model? It depends. If you’re into photography and video, it’s hot stuff, though maybe not that much hotter than the 11 series. If you’re using an iPhone 8 or older, then you’re probably due — the screen is better, and you get more of it. If you want screaming fast internet speeds, at least when you’re somewhere that supports them, then sure, it’s worth getting. If you like the idea of an iPhone with the first all-new design in several years, yep, sure. But, if you’re using an iPhone X, XS, or 11 Pro, and like the size, you might have to think about it.

And, don’t forget that Apple will give you something for your old phone. (If you prefer to buy your phone from a carrier, you can still get an Apple gift card for the trade-in value.)

iPad Air: Apple, still committed to a dense and confusing product lineup, very substantially upgraded the iPad Air, their middle of the road model (name notwithstanding, it’s not specifically thinner or lighter). It’s now something like a low-end iPad Pro, with the same squared-off physical appearance, USB-C connector, and accessory compatibility. Presumably to keep costs down, this model doesn’t offer Face ID, but manages to present an edge-to-edge screen by turning the power button into a Touch ID fingerprint reader. Clever. The new iPad Air will be available “in October,” and comes in five colors.

This incarnation of the iPad Air, to the extent that it needs to exist at all, makes more sense to me than the previous version; starting at $599, it stays out of the computer-price territory that the $799 11″ iPad Pro approaches, but offers some of that model’s extra capability and luxe feel. (For the moment, it’s actually got a better processor than any iPad, which would seem to portend upgraded iPad Pro models soon.) And if you want an iPad-as-laptop, you can add Apple’s Magic Keyboard, which we covered in a previous newsletter.

iPad: Speaking of cheap models, Apple’s entry level iPad received a much-needed processor upgrade, yielding superior performance. It’s not state of the art, but at least it’s no longer behind the curve. At $329 (and frequently discounted by third parties like Best Buy and Amazon), iPad remains one of Apple’s very best values. 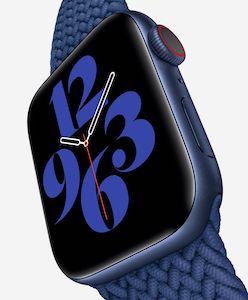 Apple Watch Series 6: The newest Apple watch, already available, starts at $399. It has a blood oxygen sensor to measure blood oxygen saturation (SpO2), which, sad to say, could come in handy these days. The fine print says the sensor is “not intended for medical use…only designed for general fitness and wellness purposes,” so take that for what it is worth. Otherwise, Watch 6 offers incremental improvements to battery, performance, visibility in sunlight, altimeter, and other details. New watch bands and colors are available, of course.

Apple Watch SE: This was a pleasant surprise: a cheaper Apple Watch (starts at $279) that isn’t simply an old model. The problem with older model Apple Watches is that they get put out to pasture by Apple quickly, in terms of watchOS updates; for example, if you bought an Apple Watch Series 1 when it was still for sale two years ago, you’d find yourself unable to install this year’s upgrade to watchOS 7. Apple Watch SE offers most of the essentials you’d want, while omitting some color/style options, the always-on display, the blood oxygen sensor, the EKG, and some other internal hardware components. (Apple Watch Series 3 does remain available for $199, but I don’t recommend it, for the above reasons, plus it’s not nearly as good as the SE.)

watchOS 7: The latest version of watchOS has some good additions, notably the ability to provide watches to other family members, such as kids, without requiring an iPhone for each. It also can sense when you’re washing your hands — oh, the times in which we live — and will start a countdown timer, to make sure you get good and clean. A new sleep app encourages sleep hygiene via tracking and recommendations, though you’re not going to be able to charge your watch overnight if you’re using it; for this reason, your watch will encourage you to charge it before you go to sleep. Plus there is the usual assortment of new watch faces, memojis, and whatnot. watchOS 7 is available for Apple Watch Series 3 and later. 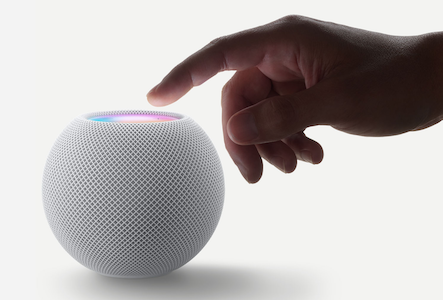 I don’t think Apple’s two-year-old HomePod smart speaker has exactly set the world on fire, but Apple is apparently invested in it, because they just introduced the small, spherical HomePod mini, which, at $99, is perhaps cheap and cute enough to have fun with without feeling like too much of an investment. Apple touts HomePod mini’s sound quality and “computational audio” capabilities, and their commitment to privacy when using it with Siri. Compared to offerings from their data harvesting rivals such as Amazon and Google, it’s as good a pitch as any, provided you believe Apple. I just wish Siri were a little, well, smarter.

Does it make sense to buy a HomePod rather than a Sonos speaker? Possibly, if Apple’s claims to sonic excellence are true, and if you want to stay in Apple’s “ecosystem,” and you like the idea of a smart assistant like Siri, and would prefer it to the Alexa option of some Sonos models. But, otherwise, Sonos owns this space for good reason.

As I said, Apple’s been busy, and not just with hardware.

iOS/iPadOS 14: The newest version of Apple’s operating system for iPhone and iPad has been released. The most significant change is for iPhones, where nestled among your app icons you may now have widgets (miniature informational apps, such as you found on the screen to the left of your app icons in earlier versions of iOS), and the App Library, which automatically clusters your apps by category.

Fitness+: Apple Fitness+ is a new subscription service where you get to exercise to videos of people shouting things at you, set to “motivating” music, à la Peloton. The hook is that it’s integrated into your Apple Watch to offer a “personalized” workout, and you get to watch on your iPhone, iPad, or Apple TV. Fitness+ is $9.99 per month, or $79 per year, and is coming in “late 2020.”

Apple One: Being that Apple has an ever-growing number of services and subscriptions they want you to be subscribing to, they’re gonna make it easy for ya, and even throw you a bone. Under a single umbrella, you’ll be able to get Apple Music, Apple TV+, Apple Arcade, and 50 GB iCloud storage, for $14.95/month (individually, those would be $20.96.) If you pay $19.95  you can share Apple One with up to six family members, and you also get 200 GB of iCloud storage (individually, those would come to $27.96). The $29.95 plan throws in News+, Fitness+, and 2 TB of iCloud storage (individually, it would total $54.94). Note that Family Sharing access is already included in the base prices of all the individual subscriptions except for Apple Music, which gives it to you for $5 more, so the family savings are not as substantial as they seem. Obviously, whether or not Apple One is a good deal or not depends upon whether or not you’d otherwise pay for the subscriptions that are included. Apple One is coming “this fall.”