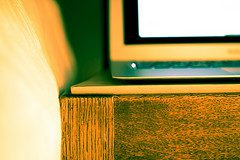 I like to perform OS updates and machine migrations manually, so I have full control over what goes where, even if it means much more work. I have all kinds of customizations I have applied over the years to Mac OS X and I don’t want to lose them, which would happened if I used migration-assistant or other Apple-provided mdethods. I had some unique challenges when migrating from my MacBook Air 2010 to my new 2011 model.

The MacBook Air 2011 requires Mac OS X 10.7 Lion, and not only that, it requires a special version of it. In other words, if you install the version of Lion that is available on the App Store for Snow Leopard upgrades, or the version that comes on the USB stick they sell at the Apple Store, it won’t work on this machine.

This is not unusual; new Macs often use a special version of the then-current Mac OS X; eventually the standard version of Mac OS X will be updated and then that will work on the recent models. But that hasn’t happened yet for Lion; the MacBook Air 2011 still requires a special version.

So I couldn’t just update my 2010 MacBook Air to Lion first and then clone it over to the new one, which is what I would usually do. And I didn’t want to just boot Lion on the new one and run Migration Assistant, as I mentioned. What I really wanted to do was install the special 2011MBA Lion on top of my Snow Leopard installation. So here’s what I did:

And now I’m up and running. In fact, I didn’t follow exactly the above steps; I did it in in a more complicated, and unnecessary, fashion (I like to do things the hard way sometimes). But these should work fine.