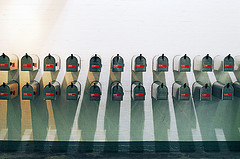 I was reading this thread on Apple’s discussion forums and realize that figuring out what can synchronize to what when it comes to mail, calendar, and contacts can be pretty headspinning.

Here’s the thing: there are multiple protocols for synchronizing mail, calendar and contacts, variously supported by different servers and client software. I’ll try to explain.

Mail will always synchronize with whatever software or device you’re using.