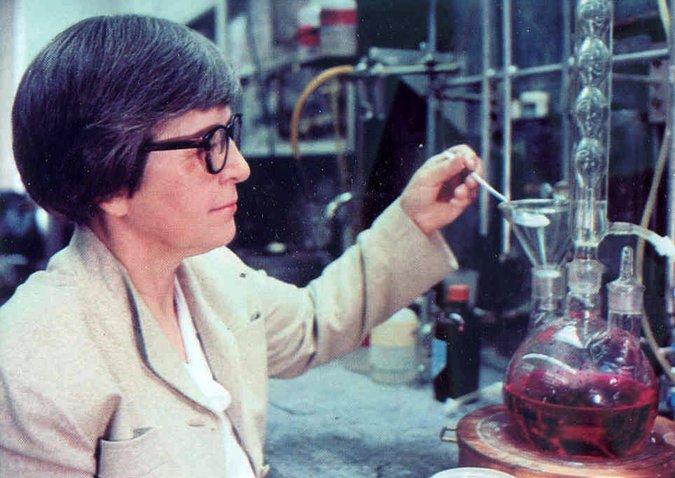 This week Stephanie Kwolek died at the age of 90. She was a chemist at DuPont and invented Kevlar, used in bulletproof vests as well as in firefighter gear, on bridges, in fiber-optic cables, and in building materials. Her work with Kevlar began in the 1960s, when there were not many women in science and technology.

The New York Times obituary of Kwolek discusses the numerous awards and honors she received, including the National Medal of Technology.

I like to recognize women in science and tech, because they are out there! By acknowledging them and making them more widely known, I hope young girls will be inspired to enter those fields.

In fact there is a children’s book about Kwolek, published in 2013: “The Woman Who Invented the Thread that Stops Bullets,” by Edwin Brit Wyckoff. Look for it if you have an 8-year-old girl or boy!