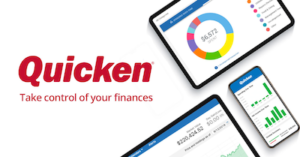 Mac users have a long and sordid history with Intuit, the original developers of Quicken. The product has always been second class compared to its Windows version. Recently I had a client who had been using the ill-fated Quicken Essentials for Mac, and I was surprised to discover that modern Quicken refuses to import its data. Its support pages are, in fact, disturbingly straightforward about it: “Quicken Essentials files cannot be converted.”

Intuit spun off Quicken several years ago, but this is still inexcusable in my view. Just because Quicken Essentials wasn’t popular doesn’t mean it’s ok to hold users’ data hostage. And if you’re running macOS 10.12 Sierra or later, you can’t even open the app to see that data. It’s unsupported and incompatible. If you went down that road, you found yourself at a dead end.

Happily, a couple of hours of poking around the internet revealed a solution: the developers of a competing personal finance product called Moneydance reverse engineered the Quicken Essentials for Mac data format (which is, of course, a different format than all other versions of Quicken), and it is able to import its data. I verified this successfully today.

In the course of my research, I came across another personal finance product that offers to do the same thing — import Quicken Essentials data, and export QIF — called CheckBook ($14.95, non-subscription, free trial; a “Pro” version costs $19.95). I did not try it out, but it is nice to know there are other options (and, if it meets your needs, you certainly can’t beat the price).

Finally, if you still have a version of macOS that can run Quicken Essentials (meaning 10.11 El Capitan or older), and your Quicken Essentials software was kept up to date, you may have an option to export your data as a QXF file. Contrary to the above blanket statement dismissing Quicken Essentials entirely, another support article says the QXF file can be partially imported into modern Quicken, with the following notable caveat: “Quicken can import QXF data from Quicken Essentials for Mac. The only data imported is Checking, Savings, and Credit Card accounts and transactions.”

A little bit of backstory: Quicken was a popular title on the Mac in the 90’s and 2000’s. However, Intuit did not keep up with the times, to no one’s great surprise. When Apple switched their computers from being based on PowerPC processors made by Motorola/IBM to Intel processors, Quicken was not updated. Instead, it had to run in Rosetta, a “translation” layer similar to how Intel-coded software runs on the new Macs based on Apple processors while their developers retool them.

Though everyone really just wanted a version of the Quicken they were used to, but which ran natively on Intel based Macs, Intuit’s solution was an all new title called Quicken Essentials 2010 for Mac, which was comparatively underfeatured. Some people went over to the new product, but many just kept on using Quicken 2007, or defected to other products. When Mac OS X 10.7 Lion was released in 2011, Rosetta was no longer provided by Apple, so Quicken 2007 no longer ran, much to the dismay of those still using it.

Intuit then, in 2012, put some spit and glue on Quicken 2007 to create a “Lion-compatible version,” and sold it for cheap, provided you could even find it on their web site. It was never all that stable, and wasn’t really kept up to date either, and a lot of its banking integrations ceased to work, but dedicated Quicken users at last had a version of Quicken 2007 for Mac they could use all the way through macOS 10.14 Mojave. (macOS 10.15 Catalina finally cut off Quicken 2007, as it is a 32-bit app.) That is, if they hadn’t already moved to competing products, or switched to Quicken for Windows running in a virtual machine, or decided to live with Quicken Essentials.

Meanwhile, long after most Mac longtimers had written off Quicken for Mac, Quicken 2015 appeared, under new ownership, and from what I understand, the current version of the product is pretty good. It will import from Quicken 2007. But it won’t import (directly) from Quicken Essentials.

Modern Quicken is a subscription app, with three pricing tiers ranging from $36/year to $70/year. If you stop subscribing, and you were on the Deluxe or Premium tier, you can still continue to use the app, and are able to manually edit entries or enter new ones. If you were on the Starter tier, you can only look at your data, but not change it. (All bank integrations and cloud functions are disabled if you stop subscribing, on all tiers.)